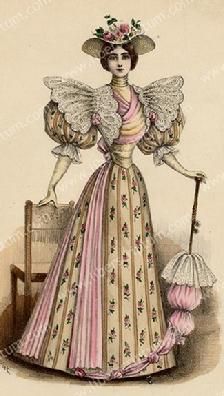 The first T-20 match for England under the captaincy of Stuart Broad ended in disappointment for the home fans in an un-seasonally chilly Bristol. This is rather oddly the only T-20 match that is to be played between the two sides this summer, surely a best of three series would have been better for both the players and the fans.

Sri Lanka won the toss and put England into bat in favourable bowling conditions. This decision was justified early on with the cheap wickets of Lumb and Kieswetter who fell in the opening overs. This brought to the crease the partnership of Pietersen and Morgan, easily England’s two best players in this format of the game. This was England’s most promising spell by far, and both batsmen eased into their forties with some excellent stroke play. Once Morgan went for 41, Pietersen following soon after, the England innings came to a grinding halt. Patel, Bopara and then Wright all looked very much out of their depth in an England cricket shirt at times in this format of the game, as England limped to a paltry total of 136 in their allocated 20 overs.

The pick of the Sri-Lankan bowlers was Malinga whose slingey action still has one day batsmen all over the world baffled, the Sri-Lankans must wish he still had the desire to play test cricket. He was supported by Jayasuriya, who at the age of 41 and in his last game before retirement, showed he had lost none of his skills with the ball.

The Sri Lankan opening pair of Jayasuriya and Jayawardene put on 40 in the first four overs putting England under immediate pressure. The fall of one of the great one day players of the past in Jayasuriya, only brought to the wicket one of the great one day players of the present, Sangakkara. He proceeded to rip the England bowling attack apart along with Jayawardene. They put the ball to all parts of the ground in a second wicket stand of 97, hitting 83 runs in just under 9 overs. The young England attack of Woakes, Broad and Dernbach had a very hard day of it with only Dernbach having a mark in the wickets column.

The performance for England was nothing like that of the team that won the T-20 World Cup in the Caribbean just over a year ago. Perhaps the oddest thing about the selection of the team was that their most fluent run scorer of recent months, Ian Bell was inexplicably left out for a nervy looking Samit Patel, who did nothing to justify the selectors persisting with him after he was involved in a clumsy run out.

There are certainly a lot of questions to be answered by England and their fledgling captain. Broad is under pressure straight away to get things moving in the right direction. He must be looking towards the impending arrival of the super star ridden Indian team later this summer with both anticipation, and I dare say a little dread.