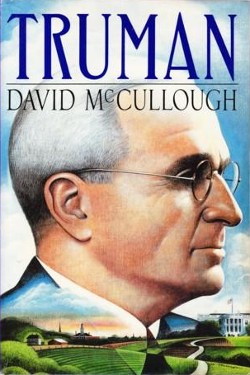 Many different clothing lines exist today, giving consumers an overwhelming array to choose from. There are lines specific to all different economic and social classes as well as different age groups. Even within an age group and a specific subculture, many lines and styles are available. For the 18-30 age group and especially those looking for hip hop or skater style clothing, one clothing line stands above the rest, and that is LRG, Lifted Research Group. This company was created in 1999 by Jonas Bevacqua and Robert Wright and has become a multimillion dollar success story. LRG concentrates its expertise on creating and designing clothes for the hip hop market or for consumers who like the hip hop style. This line has been designed to follow popular trends in hip hop culture as well as skateboard culture.

Both creators of the LRG line are skateboarders as well as hip hop musicians. Their inside knowledge of both cultures comes across in the clothing designs and their popularity. They have vast experience in designing, having worked with Quicksilver and O’Neill, makers of surf, skate, and snowboard apparel. The other one created the logo for the LRG brand as well as the company’s brand. The designers began the company on a very small scale, selling samples and stickers. They borrowed capital from friends and family to jump start the business. Neither of them had any idea that this company would be one of the largest and most popular clothing lines today.

LRG initially showcased their designs and clothing in a booth at a clothing exposition in San Diego. Their stall became so popular that in a single day, they sold more than 300 articles of clothes such as hoodies, pants and shirts. LRH clothing quickly turned into a symbol of success. They began to focus more on variety of styles, catering especially to the wants and needs of skateboarders and hip hoppers. When the company started, sales were low and sluggish, but quickly, sales increased and the company was able to expand. By 2002, LRG was one of the most successful and profitable new clothing companies, selling t-shirts, backpacks, watches, wallets, jackets, shorts, pants, and hoodies. Although very popular and trendy, all the clothing and items in the LRG collections are still affordable for the masses.

And as LRG expanded, they decided to reach out and create women’s clothing. They created and launched Luxirie, a clothing line targeting women ages 18-30. The Luxirie line was launched officially in 2006, although unofficially started the year before. LRG clothing also collaborated with T-mobile in the production of limited edition Smart Phones, named Sidekick III. The LRG label also collaborated with other companies to create an LRG Hayabusa motorcycle and an iPhone casing which was exclusively named and carried by LRG.

The LRG Company now encompasses much more than clothing, reaching out into other upcoming markets, sponsoring music events, sponsoring skate and snowboarders, and generating buzz on Facebook, twitter and other social media sites. The company’s clothing line has become famous with the masses as well as the celebrities who are not only customers, but have also become endorsers of the line. The wide array of LRG products, sponsored athletes and sponsored events are now available online as well as on the market for customers and fans. LRG is an example of a start up clothing success story that has become so much more than just clothing.