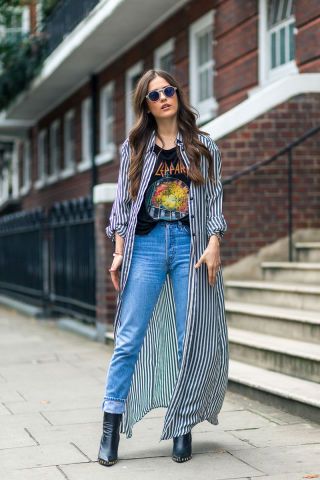 Where to shop for Obama shirts?

The first and the most logical way is to buy gear from official Obama website. While the merchandise is a little pricey, at least you can be sure that all the proceeds go to the cause. Another added benefit of shopping at official website is that all the merchandise is made in the USA. In my opinion it’s always great to support US economy when you can.

Where else could you look for Obama shirts?

A good way to start your search is on Pinterest. This visually abundant website always has something good for beauty lovers. While Pinterest is not an online store itself, it’s a very convenient way to shop around for Obama shirt. The higher is the image on a browsing page, the more people love it/talk about it. Which means that the shirt is socially approved. Power to the people!

Do you remember the most popular Obama shirt during the previous election?

Obama HOPE shirts by Shepard Fairey. Multiple celebrities were spotted wearing this hope shirt. Practically everyone was wearing those Obama shirts. People behind it also created something called Obey clothing. Which is unfortunately not worth checking out right now in search of next Obama gem because the lightning doesn’t hit twice in the same spot. Thus it’s unlikely that Obey brand will come up with a next big thing again.

What to do if you are looking for the best Obama shirt out there?

And if you are one of those fashionistas who is always looking for the next thing: new idea, new Obama image, new pattern, new look, then you need to keep shopping. Pinterest has already given you an idea of what’s out there, so now you can go ahead to eBay and Amazon to see what they have to offer. These sites are OK and they definitely have a lot of shirts to choose from, but it’s hard to come across ones that will blow your mind.

Where you should NOT shop for Obama shirts?

The answer to this is simple – don’t go to some t-shirt and “make your own shirt” type of website. I don’t even want to mention the names of those websites because they are a disgrace. When you open “Obama shirts” category on those sites you can see Obama and Anti-Obama (Nobama) shirts right next to each other. These websites don’t give a damn because they don’t have any integrity.

Plus one might think that their Obama shirts are made out of gold because they are extremely expensive. The reason for their shirts not being cheap or at least affordable is because they have spent tons of money on advertising trying to find buyers for the Obama and anti-Obama t-shirts. But people are not stupid. No one sane is going to buy from a company who could care less about what or who they sell.

So where should you shop for your 2012 Obama shirt?

Well, use your common sense while shopping this fall. You probably agree, that it’s kinda important that a store has some dignity. Even better if they somehow contribute towards Obama’s campaign.

For example, here at Obama Store, we donate 15% of all the proceeds towards our president’s re-election. We hope to donate even more in the future.

Make sure that when you buy your shirt, you contribute towards US economy. The artwork we use on our shirts is also printed in the United States near Seattle, WA.

That’s about it. Good luck with your shopping. Look in style. And let’s HOPE 4 MORE!